Let’s be honest, the walk from Crossharbour Station to the river is unlikely to feature in ‘Beautiful Walks of London Volume I’. And the fly tipper who happily reversed down the alleyway and dumped his rubbish in front of us without a care in the world has hardly helped.

But there, right on the Thames is a gem of an Indian, with comfortable decor (love the big blue seats), friendly staff and good food. So good in fact that the Bangladeshi Caterers Association recently named the restaurant as one of its 11 regional winners in its annual Caterer of the Year Award. It was named as best restaurant in Greater London (East).

Ian declares he has cycled past many times and been meaning to try it out. Well, now you’re here, what are you going to order?

Tandoori Lamb Chops (£8.95) it is, sizzling away with tasty onions and green peppers. A plate of this lamb was devoured on a previous visit and it lives up to expectations again. Top notch.

Meanwhile the newest (and our second French) member of the GCC plumps for a King Prawn Biryani (£10.95) although from the size of the prawns the king must be from a really small country. You know, one of those countries you can never remember the name of and is wedged in the mountains between two bigger countries.

But it’s a decent biryani and a welcome choice because it’s a dish that’s often overlooked in restaurants. I suppose because it’s rice based and because rice doesn’t have the sexiest of reputations it usually gets shoved out in favour of something hot or something tikka masala-ish.

I was converted to biryani years ago on a trip to Mumbai, when just hours after landing and while still coming to terms with the time difference, tiredness and the attack on the senses that is India, our host brought out a huge biryani. It was three in the morning and it was one of the best things I had ever tasted.

The key to a good biryani is when you know all the different tastes from the rice, the vegetables, meat and spices have been fused together in the cooking process. Too many restaurants, for speed, seem to just mix the ingredients together at the end. But the Biryani Inspectors will get them in the end.

And hang on, is that broccoli (£3.25) on the table again? Only last month we were surprised to see it on a menu and here it is again. Have the chefs just discovered it or haven’t I been paying attention at the back of class?

The Crab Puri (£4.50) and Tuna Kebab (£4.50), the latter served as plump fish cakes, were interesting and unusual starters, while the Garlic Chilli Chicken (£7.95) is a must for garlic lovers.

Sadly the Kitchen Curry, which is something the chef cooks for the staff and is ‘usually hot’ was sold out. But that’s fine as it gives us an excuse to come again. 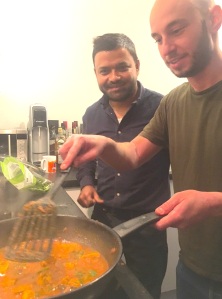 SAVE NOW WITH OUR SPICE CARD 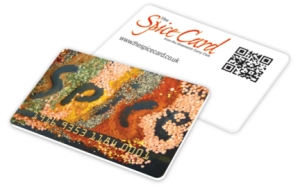